Indoor air quality: how much is it affecting our ability to work productively? 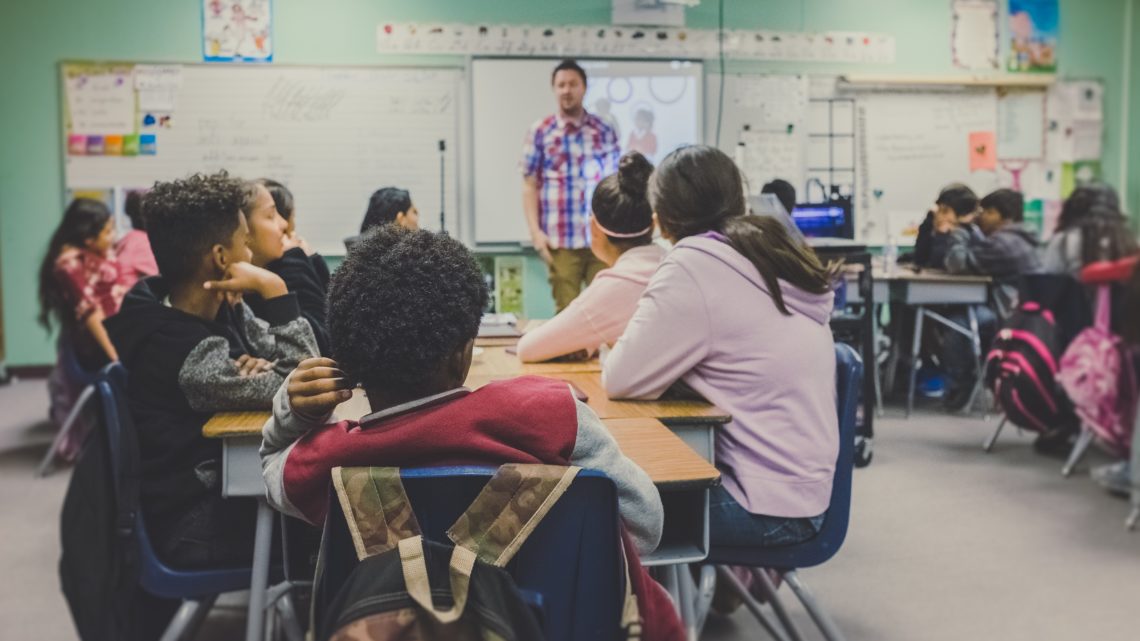 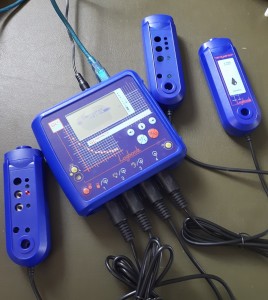 For a long time, reducing air leakage in buildings and thus making the environment less drafty and reducing energy wastage, has been thought desirable, However, it seems that we may not have taken into account some important side effects on air quality. Increasingly, scientists are becoming concerned that  the reduction in air leakage and consequent reduced ventilation is resulting in excessive carbon dioxide build-up in many school and office environments.

So what does that mean for us and why is it important? High levels of carbon dioxide in the air can lead to lethargy, drowsiness, headaches and difficulties concentrating. It is not hard to see then, that insufficient ventilation could be having a significant impact on teaching and work environments. While 5,000 ppm is the occupational safety standard, it is thought that much smaller increases from the average outdoor level of 380ppm can still have significant negative effects. Indeed, the American Society of Heating, Refrigeration, and Air Conditioning Engineers (ASHRAE) recommends that levels in schools should not exceed 1000 ppm and offices should not exceed 800 ppm. That set us thinking that it would be good to do our own investigation into the levels of carbon dioxide in our office. The results were pretty interesting.

We logged temperature, carbon dioxide and sound levels over a 48 hour period in the ScienceScope office. The sound levels were recorded to make it clear when the office is populated. On the first day we kept windows and doors closed and on the second day we opened all the windows and doors. On both days there were three people in the room. 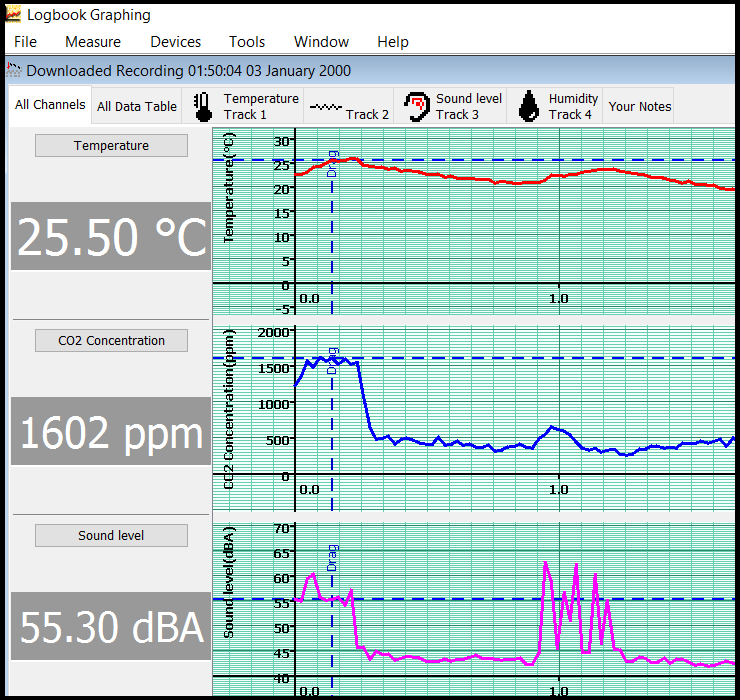 As you can see from the graph, on the day the windows and doors were closed, carbon dioxide levels shot well over the recommended maximum of 800ppm reaching levels of 1600ppm. On the day that windows and doors were open, by contrast, the highest carbon dioxide level reached was 649 ppm. Moreover, we noted that on the first day, when the room was unventilated, it felt markedly stuffier and more uncomfortable than when the office was ventilated.

While during the investigation we noticed that the room was uncomfortable when it was unventilated, and this is often the case. However, the great thing about using sensors to investigate is that it makes it possible to investigate exactly what the source of the discomfort is. For example on the first day both the temperature and the carbon dioxide were high and the second day both were lower; the next stage would be to see how people felt in a cool room which was unventilated or in a hot ventilated room. Such investigations enable students, teachers and office workers to monitor their own environments giving them the control to implement changes to improve their wellbeing and measure the effect of those changes on how they feel. In our next experiment we’ll be investigating whether in an unventilated office plants can reduce carbon dioxide to healthy levels.